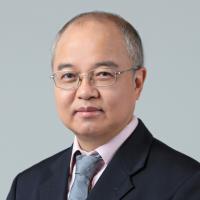 The Hong-Kong University of Science and Technology

Professor Yang Wang took office as Vice-President for Institutional Advancement of the Hong Kong University of Science and Technology (HKUST) on 1 October 2020. He is also a Chair Professor of Mathematics. He joined the HKUST as the Head of the Department of Mathematics in 2014 and he became the Dean of School of Science in 2016.

Professor Wang is an internationally respected scholar with wide ranging research interests, having published over 100 research journal papers in both pure and interdisciplinary mathematics, many of which in top journals. During his tenure as Dean of Science and Head of Mathematics, Prof Wang founded the HKUST Big Data Institute and launched the popular Big Data Technology MSc program.